Parkinson’s Disease: Exercise and the Mind

I recently came across this article from the NY Times, “Exercise Can Be a Boon to People With Parkinson’s Disease” which reports on the benefits of exercise on alleviating Parkinson’s symptoms.

“The earlier people begin exercising after a Parkinson’s diagnosis, and the higher the intensity of exercise they achieve, the better they are,” Marilyn Moffat, a physical therapist on the faculty of New York University, said. “Many different activities have been shown to be beneficial, including cycling, boxing, dancing and walking forward and backward on a treadmill. If someone doesn’t like one activity, there are others that can have equally good results.”

The article further reports that another patient’s tremors disappeared while riding a bicycle. Unrelated to this article, I also stumbled upon this YouTube video “Cycling for Freezing Gait in Parkinson’s Disease” which shows a patient perfectly riding a bicycle on his own.

Similar to my previous blog on the effects of music on a Parkinson’s patient, the transformation in the patient during the activity is amazing.

In The Knowbodies podcast “Can Your Brain Heal Your Body? with Erik Vance“, Erik discusses the deficiency of dopamine in Parkinson’s patients and how dopamine is involved in the reward system. As a result, the placebo response is high for Parkinson’s patients. He further discusses how belief and how physical therapy treatment is presented can impact the placebo response in PT patients. A very interesting podcast to listen to.

Recently I have had the pleasure to meet with another Pittsburgh entrepreneur, Courtney Williamson, PhD., who founded abiliLife. AbiliLife has developed Calibrace+, the only back brace designed specifically for Parkinson’s patients. Courtney developed the product after recognizing that her mother, a Parkinson’s patient, suffered from poor posture and balance. Calibrace+ is covered by Medicare and private insurance.

PT-Helper has added a set of MOVE BIG exercises to our portfolio of exercises. Search for ‘Move BIG’ in CONNECT’s exercise list to display the available exercises. 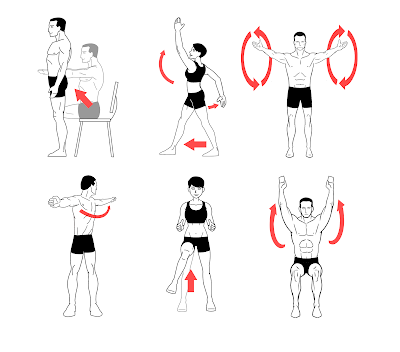